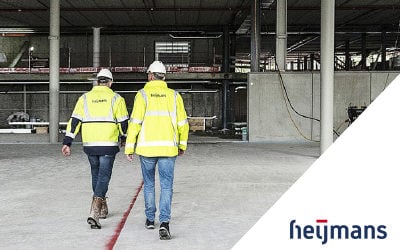 Heijmans is a listed company that combines its activities in property, construction & engineering and infrastructure into the disciplines of Living, Working and Connecting. By continually striving to boost quality, innovation and integrality, Heijmans’ 4,500+ staff add value for residents, clients, businesses and government bodies.

From a reporting environment to a data estate
Data is becoming increasingly vital across the board, and the construction sector is no exception. From safety to productivity and from streamlining business processes to proactive maintenance, the sector is using ever-greater volumes of data. Following a SAP implementation in 2014, Heijmans installed Qlik software to give staff and management access to reports and analytics. After many years of successful use, the ever-increasing demand for reports within the business meant it was time to take the next step: developing a ‘data estate’.

“We had reached the limits of what Qlik could cope with,” explains Marc Salah, Information Manager at Heijmans. “Our Qlik project reports contained 1,200 different formulas, sometimes with thousands of characters in each formula. This is very tricky to manage and hinders further development – each time you adjust something in one place, something goes haywire in another. We also noticed that within the ‘self-service BI’ organization, increasing use was being made of Microsoft Power BI and users were also retrieving more and more data from SAP and other business systems themselves. The time had come for us to establish a single modern platform to enable centralized definition, transformation and management of all data. This open platform would allow simple, controlled and efficient distribution of data to various reporting and

All business logic in a single location
Heijmans entered into discussions with E-mergo, who had worked on Heijmans’ Qlik environment in the past. “As the business logic within each Qlik dashboard is organized separately, business have to endure long loading times when changing selections in the dashboards,” says E-mergo’s Ruairidh Smith. “For this reason, it is often a better idea to manage all of the business logic in one central location, and it was at this point that TimeXtender made its big entrance. TimeXtender is by far the quickest way to build a modern data warehouse for analytics as it automates the connection, documentation, management and preparation of data for analysis.”

As all of the business logic is now stored in a central location, the reporting and analytics performance within Qlik and Power BI has been substantially boosted.”

As all of the business logic is now stored in a central location, the reporting and analytics performance within Qlik and Power BI has been substantially boosted.”
Marc Salah, Informatie Manager, Heijmans

Proving the power of TimeXtender
Rather than conducting an extensive RFP process, Heijmans adopted a pragmatic strategy. “We could see that TimeXtender provides a modern data management platform,” says Marc. “We also saw that TimeXtender can easily connect with every data source, allowing us to categorize, model, transfer, transform and document all of our data down to the very last bit. We had previously worked with E-mergo and this had been a very positive experience. At this point, the solution was commercially viable and all that was needed was a pilot to prove the solution’s functional and technical viability within Heijmans’ architecture and infrastructure.”

“Our collaboration with TimeXtender was excellent: they are a highly approachable supplier whose Head of Development was, as it were, always ready to talk to us.”
Marc Salah, Informatie Manager, Heijmans

During this pilot, E-mergo helped Heijmans to set up a modern data warehouse by using TimeXtender to connect data from the SAP environment via a powerful SAP connector. Subsequently, additional data sources were added to the TimeXtender environment. All of this data can be reported via Power BI and Qlik and analyzed by the end users. Within Heijmans’ system, TimeXtender is running on Microsoft Azure. “Our collaboration with TimeXtender was excellent: they are a highly approachable supplier whose Head of Development was, as it were, always ready to talk to us,” says Marc.

Our collaboration with E-mergo also ran smoothly. Ruairidh Smith, our contact at E-mergo, is truly the best man for the job when it comes to TimeXtender, and he quickly transformed our needs and wishes into a practical and manageable TimeXtender solution. Following an extensive pilot in which E-mergo and TimeXtender proved the efficacy of their solution based on over 30 key aspects, we were certain that TimeXtender was the perfect choice to serve as the bedrock of our data platform.”

The benefits are countless
“All of the data required for our project reports and service domain reports is now connected via TimeXtender,” says Marc. This may sound simple, but as the number of projects is so high, the underlying data models during the project reporting process often incorporate hundreds of different fields and calculations. Eventually, all of the reports that combine data from different sources –from procurement to financial– will make use of the data in TimeXtender.” The data management platform is now fully up and running at Heijmans and the team is still enthusiastic. “We now have access to a highly professional data management environment,” says Marc. “New data sources are connected automatically and the management process has been greatly simplified. In concrete terms, this means that if something changes in the data, the team can immediately see which reports are affected. The automatic documentation of the data is also important as it helps us to comply with legislation such as the GDPR. There are also countless benefits for the end users within our business. It now takes much less time to read a report as the business logic is no longer in the report itself and everyone now has access to the same standardized and validated data, meaning we now all have a single source of truth.”

The Heijmans team also has a hot tip for any future users. “When setting up a data estate, think of it as building a house. If the foundations are shaky, or if you get to the first floor and realize you forgot to install any pipes, then you’re in trouble. Solid foundations are absolutely vital to a data management platform, so make sure you establish a firm basis of support within the organization. This may mean that the implementation takes a little longer, but it will

“TimeXtender is by far the quickest way to build a modern data warehouse for analytics as it automates the connection, documentation, management and preparation of data for analysis.”
Ruairidh Smith, E-mergo 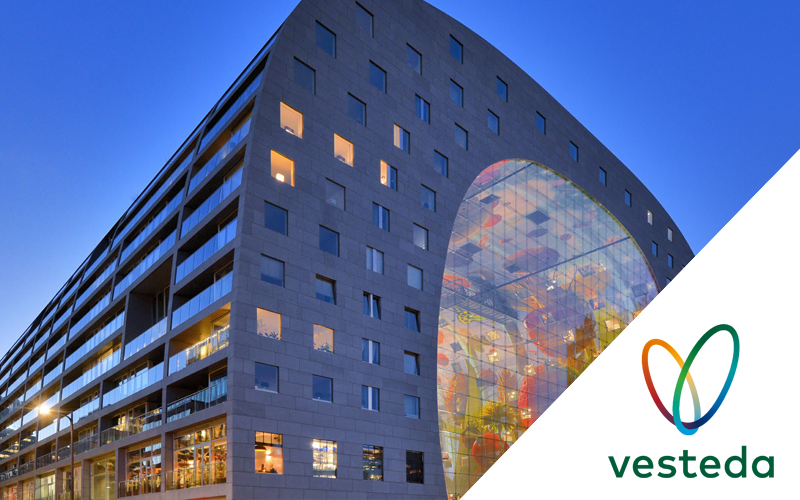 Movares has more control over projects thanks to a combination of TimeXtender, Azure and Power BI 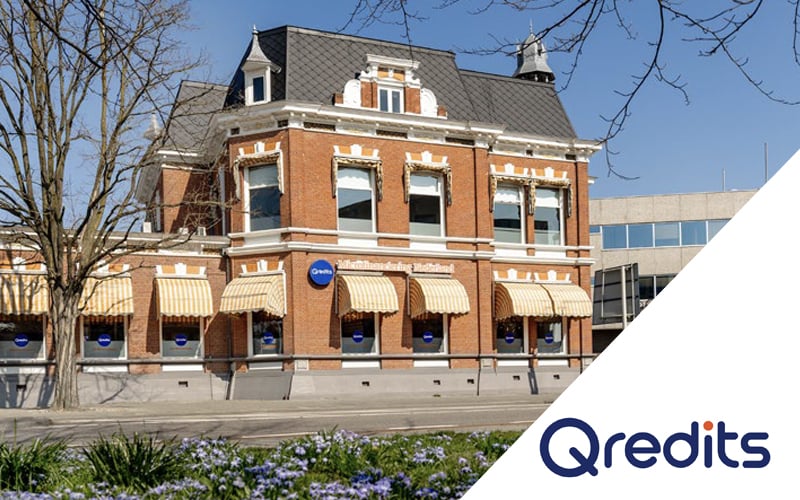 With TimeXtender, departments themselves get to work with the data