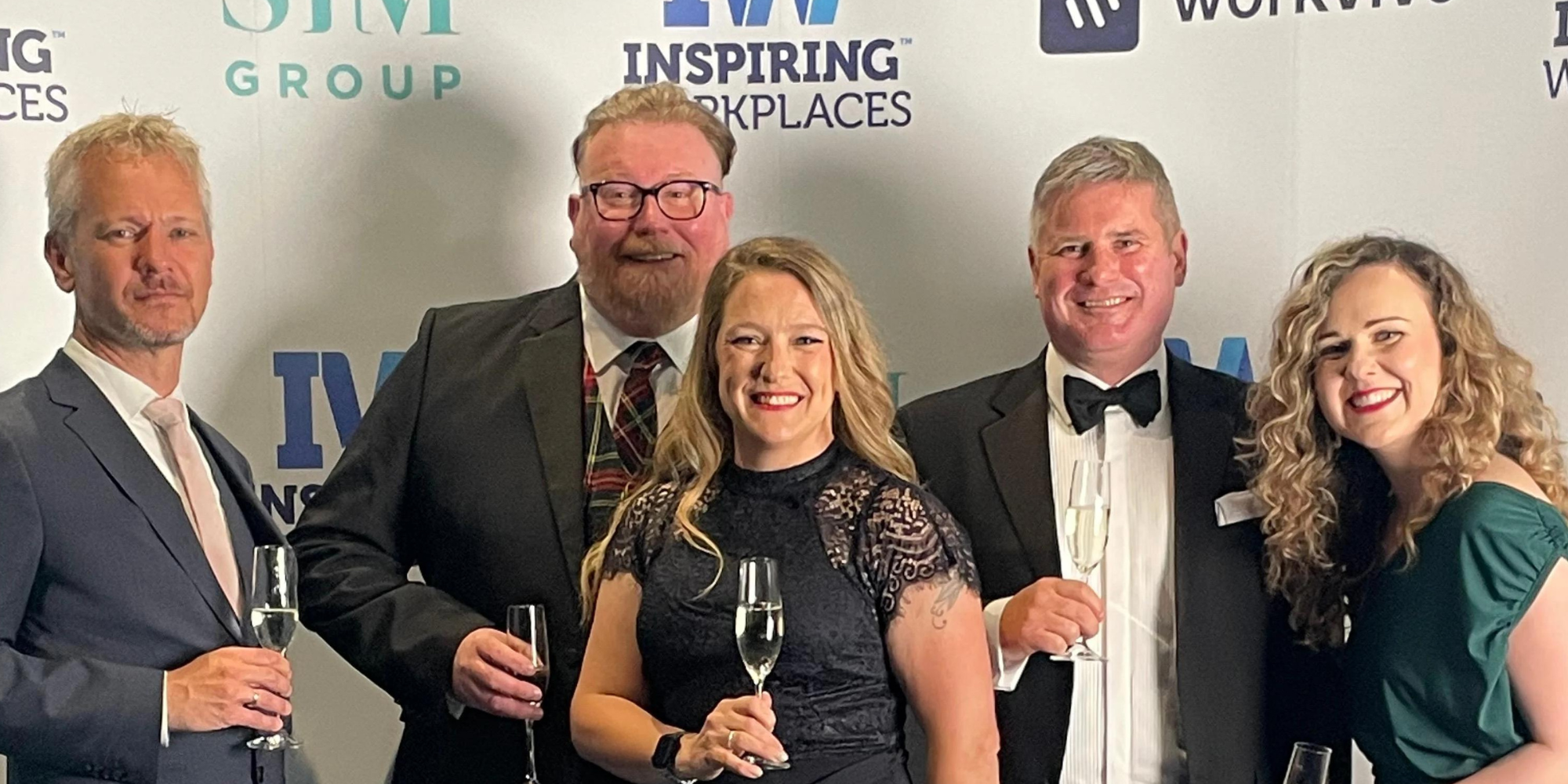 Any time you win an award or are otherwise recognized—be it by your peers or by your industry or what have you—it’s a really cool thing. Recently, TimeXtender has been fortunate to have been so recognized on three different occasions, and those recognitions have provided learning opportunities in that they show us a few things we can capitalize on if we want to see success as we all try to navigate the future of work together.

We Should have Worn Our Fancy Work-From-Home Shirts

That, or we can just send a contingent of dapper and debonair Xpeople to represent us.

Yes. On second thought, that seemed the better option, and continues to be the one employed.

I mentioned that we were recognized three times, and that those provided the context for what we're about to discuss, so let me briefly outline those.

Don't worry—I won't carry on about them. I'll include the links, though, in case you'd like to check out more about any or all of them. (Or in the event you suspect I might be conjuring any of them so I can have matching "3s" in the blog title. You know how we creative types can get sometimes.)

It’s always humbling to be recognized for things like this, and the work we do on an ongoing basis to cultivate our culture is a responsibility we take seriously.

This wasn't a fluke, though. Earlier this year, TimeXtender was awarded three Best Place to Work awards. I won't go way into the weeds on this, but if you click on the above link, it'll open up in a new window so you can check out the specifics after you're done here.

The second recent recognition was when we were cited in Database Trends and Applications’s DBTA 100. The list is compiled every year in an effort “to help bring new resources and innovation to light.”

According to DBTA, it’s a group of “forward-thinking companies seeking to expand what’s possible with data for their customers. Spanning the wide range of established to cutting edge, the DBTA 100 is a list of hardware, software, and service providers working to enable their customers’ data-driven future.”

If you're familiar with us here at TimeXtender at all, you know that we see danger in taking a passive approach to data; instead, we're all in on a data-empowered future for the world.

No, this isn't a glitch in the Matrix, and no, I wasn't locked in a freshly-painted room without proper ventilation while writing this post. This is not a duplicate entry.

We were obviously not all that thrilled about it... 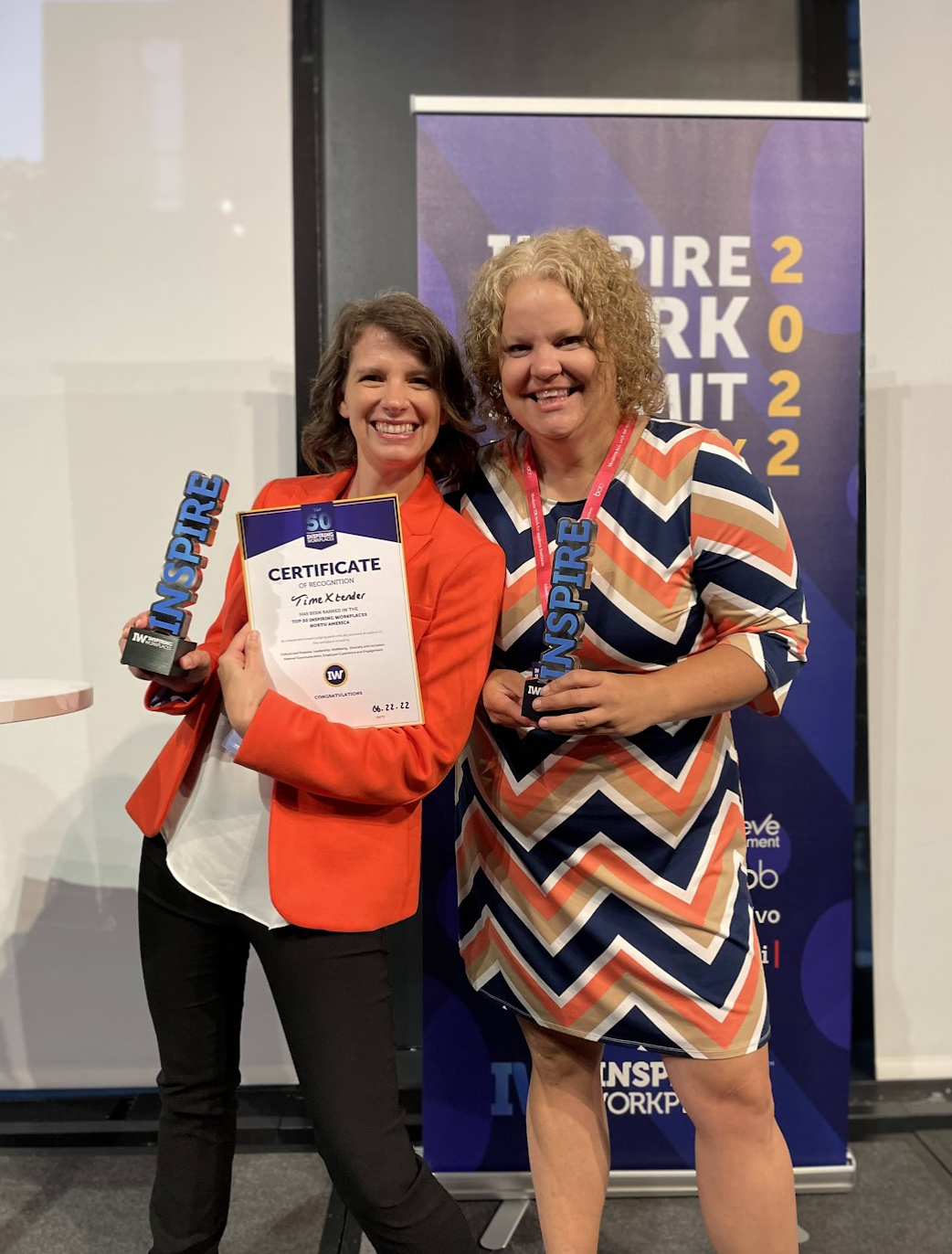 Like I said, our teammates were pretty—oh, what's the word—unexcited? 😉

Listing our culture as our strongest particular award element, Inspiring Workplaces ranked TimeXtender in the top 10 of this year's list. So yes, we were a little excited.

So is the point of this post just shameless humblebragging? If I wrapped it right here with a quick closing paragraph, you could make that case, sure. But I'm not going to do that. I want us to take a look behind the curtain, if you will.

How did we get here?

What is a software/tech company doing getting recognized for their culture?

A few disclaimers/spoilers for you before we get into the 3 Top Tips for Future of Work Success:

1. In (not) shocking news, we're not flawless. So don't hold your breath waiting for some formula guaranteeing you professional perfection in the workplace. We're not perfect; we're human.

2. As such, all we can do is try to do the best we can while simultaneously acknowledging that there will always be more we can learn and more we can do to improve in areas like people, culture, learning, and so on.

3. Any time you step into the realm of, well, humans, it's going to imperfect. Messy.

No, not that kind of messy.

4. Why? Because humans are imperfect and messy. And we wouldn't have it any other way, really.

5. The reason that's important to understand that (#3), though, is because if you walk into a discussion of culture, or the future of work, or people development expecting the tactical deployment of it to be neat and tidy just because the 3 Top Tips for Future of Work Success were laid out in a list that was neat and tidy...well, you're going to be incredibly disappointed.

6. Please note that no two places are the same. Consequently, no two clumps of humans are the same. Therefore, humans where you are won't act or react identically to how folks here do. Something that works in a particular way here will not work the exact same way there. May not work at all. 😜 By the same token, something that failed miserably here may work like a charm there.

OK, I think that should do. Ready? Good. Let's go.

No, I'm not talking about that crazy logical plot hole in Indiana Jones: Raiders of the Lost Ark wherein if our protagonist, Dr. Jones, weren’t in the movie, it would still turn out the same way it did: the Nazis would still have found the Ark, opened it up, and burned their faces off, just like they did.

It's true, that; but it's not the crazy to which I'm referring.

What's crazy is that no matter how far forward we go into the world of data and tech, the human side of the business is rendered no less important.

In fact, what we see—and research continues to bear this out—is that the human side of the business amplifies whatever temporary product or tech advantages an organization might gain in the market. Because—and be sure you get this—eventually, everyone else catches up with product "stuff."

So how do you compete and win in the future of work (or the machine economy, etc.)? How do you maintain a competitive advantage? What have we learned here at TimeXtender that you can plug in where you're at? Let's take a look.

TIP 1: Future of Work Success Depends on Getting Innovation Right

ABC. Always Be Creating. Right? I mean, technology's always evolving, so our stuff better be, too. And fast. So everyone needs to be innovating every day. All the time. And if they're not, they're obsolete and should be replaced immediately. Hashtag sarcasm.

Sometimes it feels like folks think that the real world resembles an episode of The Real World: Silicone Valley Bros or something.

People should know what you mean by innovation, and they should know what your expectations are around it. And to be clear, the paragraph above was said entirely in jest. People aren't machine parts that you replace when they're no longer useful to you. But that's another post for another day.

So what does "getting innovation right" mean?

What It Doesn't Mean

Well, what it doesn't mean is driving people into the ground and screaming at them until they "make up new, shiny stuff." Or something.

And it doesn't work. 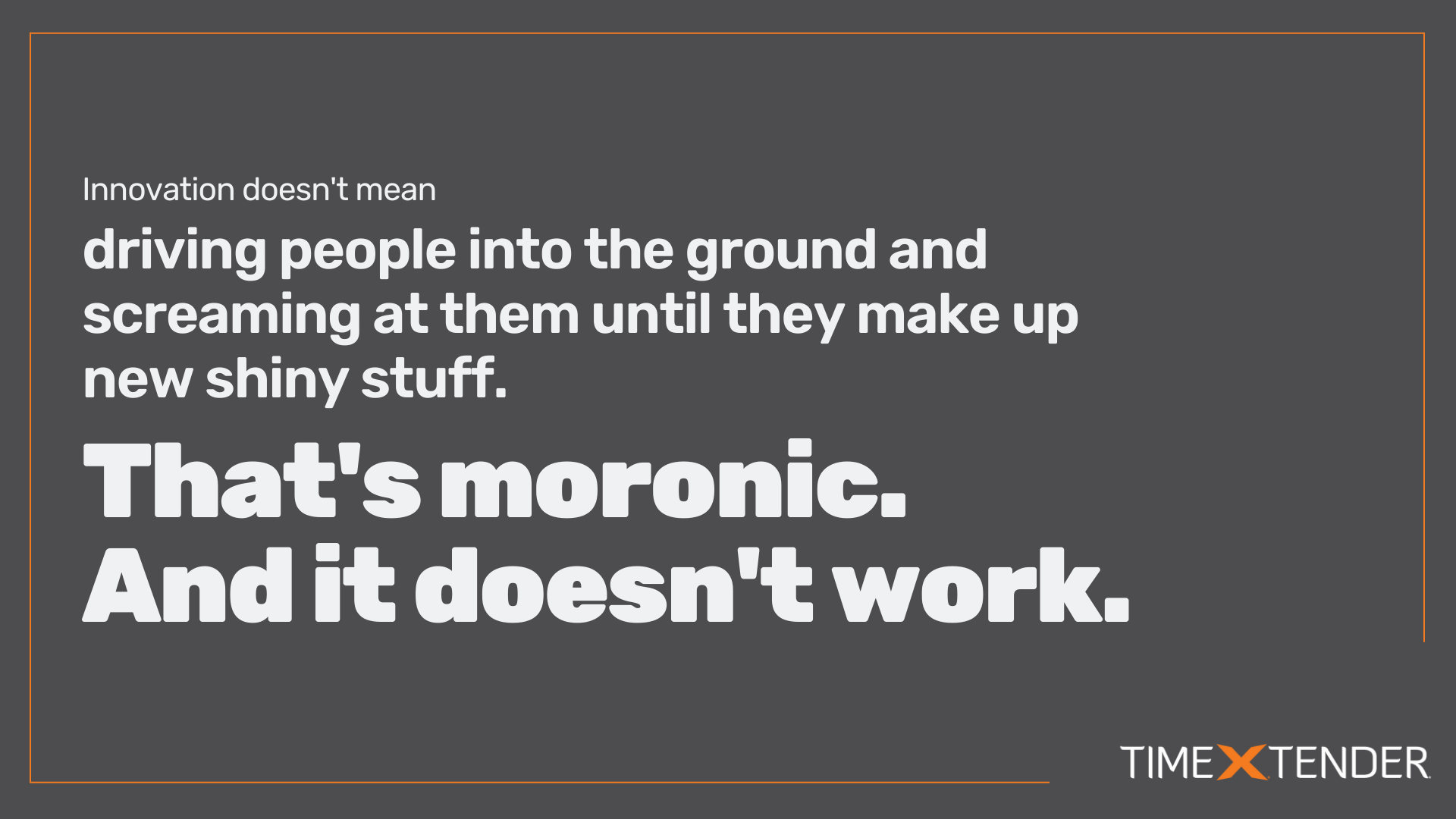 What It Does Mean

It's entirely too reductionist to think of innovation as simply an act.

I mean, there's not even just one type of innovation, for goodness' sake. For example, we have:

Here's where we bring it full circle from the introductory paragraph of this innovation section.

It just so happens that those two areas are what we're talking about next. You all excited?

Awesome. Let's do it.

You want people to innovate? You not only have to cultivate an environment within which there's real psychological safety,* but you also have to recruit and hire people who are wired a certain way.

*An example of psychological safety, this is not.

So whether that mix includes Marty Neumeier's Metaskills: Five Talents for the Future of Work, or Howard Gardner's 5 Minds for the Future, or Philip Tetlock's Superforecasting, or Jacob Morgan's Future Leader, there's plenty to think about when it comes to finding folks who can actually, you know, think beyond a TikTok video (not that there's anything wrong with TikTok videos).

The point is this: You have to know with specificity who you're looking for and how you're going to attract them.

You Have to Hire the Right Skill Sets and Mindsets

To fulfill your organization's purpose, and in order for individuals to meet and exceed the expectations of their respective roles, you have to set them up for success.

One part of doing that is ensuring that before you even post the job description, you're crystal clear on what the role is, what success looks like in that role, what skill sets are likely to produce those outcomes, and what mindsets are likely to set someone up for success, both in that role and within the organization and its culture.

You Have to have the Right People, STRATEGY, AND PROCESSES

The above (as well as what comes below) is partially why it's so critical that you have the right people and strategies in place when it comes to talent acquisition.

The tactical part will follow if you get those two (people and strategy) down well, and can be adjusted and adapted if they're not working. (Goodness knows the world of work is changing, so we better, too.)

The TA team should also be culture ambassadors and advocates, both internally and externally. This does require you to have a well-defined culture...

You must have a Well Defined Culture

I won't belabor this here, as we'll unpack it more in a bit.

But you've got to get this right.

Does your team know how to define your culture?

Do they know what your values are and how they impact their life, behaviors, and decisions at work?

TIP 3: Future of Work Success Depends On Getting Culture Right

This one is so, so difficult to nail.

Part of the reason getting culture right is so incredibly hard is because the only way to get it right is to be human and vulnerable enough to admit you really don't have it right. And that, in and of itself, is incredibly hard. No one likes that part.

And unfortunately, it's one of the very first steps.

It's about asking ourselves tough questions and giving honest answers.

Does Reality Match The Buzzwords

Here's another test for you.

If your teammates are brutally honest with you, ask them if life matches the catchphrases and buzzwords you've all become accustomed to using.

If you're like most places, the answer will be "sometimes," and that's OK! That kind of honest answer is awesome, because now you can zero in on how you can actually find those real-deal gaps between the desired state (the catchphrase) and the current/felt state (what they've just told you they're experiencing).

Is your culture really defined?

No, I said really defined. Only having words plastered on a wall somewhere doesn't count.

Oh yes I did just say that.

As I alluded to previously, defining your culture well is an imperative if you want to do any number of things well, including recruiting, hiring, and so on. It doesn't stop there, though.

Want to have an organization where people learn and grow all the time?

You better have a well-defined culture. because without it:

What's Next: Some Takeaways

You've got the three top tips, so now what? We've got you covered.