Future-proofing a diverse business with TimeXtender 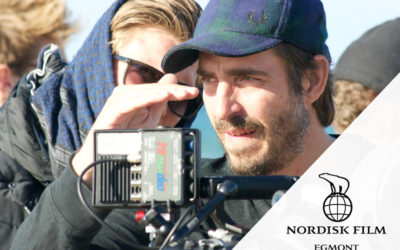 For Nordisk Film, adopting a system already used by its sister division that allows rapid, flexible business insight was the logical next step

NORDISK FILM – MUCH MORE THAN MOVIES
Founded in 1906 in Copenhagen, Nordisk Film has been making movies for longer than any other film studio still in business. With a full complement of facilities for production, it makes films and TV series that are seen around the world. In 2016, it had a turnover of €530m and employed 978 staff.

But making movies is only part of it. Nordisk Film also distributes features made elsewhere, operates Denmark and Norway’s leading cinema chain, distributes SONY PlayStation consoles and products as well as live event tickets and nurtures fresh talent through the Nordisk Film Foundation. As part of the Egmont Group, Denmark’s largest media group, it’s a vibrant part of the nation’s culture. In 2016, Egmont donated 13m euro to help vulnerable young people and support film talent through the Nordisk Film Foundation.

MEETING THE NEEDS OF A DIVERSIFIED BUSINESS
Nordisk Film had been using a data warehouse built in 2007 to serve a very specific set of business needs for mainly only one source, its ERP system Navision. As the business expanded into different areas and more data sources built on technologies other than Microsoft SQL became available, it was clear that what they had wouldn’t be fit for purpose for much longer.

Mikkel Hansen is Nordisk Film’s Systems Finance Manager, a role in which he reconciles business and IT needs. “Fundamentally, we have a range of different businesses, some with a high volume of transactions like cinema and gift cards, that we need to able to report on.”

“The strategic focus of Egmont and Nordisk Film is to grow apace with its modern consumer. To enable data driven decision making and increased analytical capabilities, we needed to significantly expand our data warehouse while at the same time keeping
time-to-produce at a minimum.”

This addition of a transaction-heavy B2C business highlighted how the old system had never been designed to handle such time-sensitive data source. “The digitisation of the media industry has created fast-changing external conditions, which mean that we had to adapt faster with a much smaller investment of external consultancy hours,” says Martin Jepsen, Nordisk Film’s Head of IT. “If we wanted to do that, and we also wanted to merge all our economic or hardcore accounting data with commercial data within one system, we needed to be able to have control on our data sources on one platform and integrate it much faster than was possible before. By doing this, we’d be able to understand our customers, the millions of Scandinavians who come into our cinemas.”

THE TIMEXTENDER SOLUTION
Nordisk Film’s original data warehouse depended on a weekly visit from an external programmer to hand code specific report requests. “With TimeXtender” says Martin, “consultants can move much faster. And although Mikkel and I are not very technical, we can now handle 95% of the work of extracting data and publishing them in SAS Visual Analytics or OLAP cubes ourselves.” As they’ve found out, this ease of use is just one of many benefits…

• Business integration – Egmont Publishing is a major division within the Egmont Group and prior to Nordisk Film’s implementation, it had already been using TimeXtender for over eight years. “With a colleague already using the systems and sharing experience, their recommendation carried considerable weight,” says Mikkel.

• Time and cost savings – Unless you’ve seen a live TimeXtender demonstration – or at least a video – it’s hard to appreciate how quickly and easily it can produce results. Nordisk Film can now implement report solutions in four hours that would have taken a month to produce using the old system. “Sometimes we can have an initial report up and running within 15 minutes,” notes Mikkel, “which gives us time to look at the result then develop and optimise the solution.”

• Business agility – Owning data and acting upon that data are not the same things.“We are aiming to raise the competence level on Business Intelligence within Nordisk Film,” states Martin. “We would like all our users to be better at Excel and SAS Visual Analytics so they can use data better but with TimeXtender, the data that we provide them in our data warehouse is more complete and accessible.” In this way, more and more departments should ultimately access more information, more often, allowing them to make better informed business decisions.

• Independent operation – Egmont IT used to be responsible not just for hosting the data warehouse, but also supporting IT through a regularly-scheduled external freelancer. With TimeXtender implemented, these responsibilities have now been scaled back to hosting the warehouse databases. “We do everything ourselves now,” says Martin, “or we go straight to TimeXtender. This gives us the agility to create a new report or add a new field very quickly.”

• Reconciling data – Frequently, interdependent businesses, or even departments with the same business, format data in slightly different ways. With a high volume of transactions generated through ticket and gift card sales, Nordisk Film would have found it impossible to reconcile these format discrepancies without the use of TimeXtender.

GOING FORWARDS WITH CONFIDENCE
By implementing TimeXtender, Nordisk Film has taken control of data and reporting across its financial spectrum. But that’s not where they want to stop. Currently, they are not using it to handle logistics or operational data within its film and TV production and post production departments, even though handling certain aspects such as bookings and freelance consultancy hours would play to the system’s strengths.

“But if you look back at where we were a year ago,” notes Martin, “the CFO of Nordisk Film more or less only knew how the business was doing by looking at the monthly report that was sent to Egmont Group. By adding more data sources, we can actually follow things like gift card sales, if not on an hour by hour basis, then at least on a daily basis. We can now get an early warning on any department either not meeting or exceeding their sales, which would never have been possible on the old system.”

With TimeXtender we’ve built a solid foundation for the future